In a Wall Street Journal interview, Federal Reserve Chair Jerome Powell said on Tuesday that US central bank officials will keep tightening policy until inflation comes down in "a convincing way."

"There have been some promising signs you can point to," Powell said at a Wall Street Journal conference. But, he added, "There are some signs that are not so promising."

Risk assets were pressured during the event and the US dollar popped into a shorter bullish environment on the charts on hawkish rhetoric from the Fed chair who said that there is an overwhelming need to get inflation under control.

His uber hawkish rhetoric sent the S&P 500 back towards the lows of the day but the index has since recovered ground printing a high for the day as markets digest the chairman's comments, noting that the Fed will slow the pace of rate increases depending on how conditions evolve. Such decisions will be made on a meeting by meeting basis.

The US dollar has also fallen back to where it began at the start of the interview: 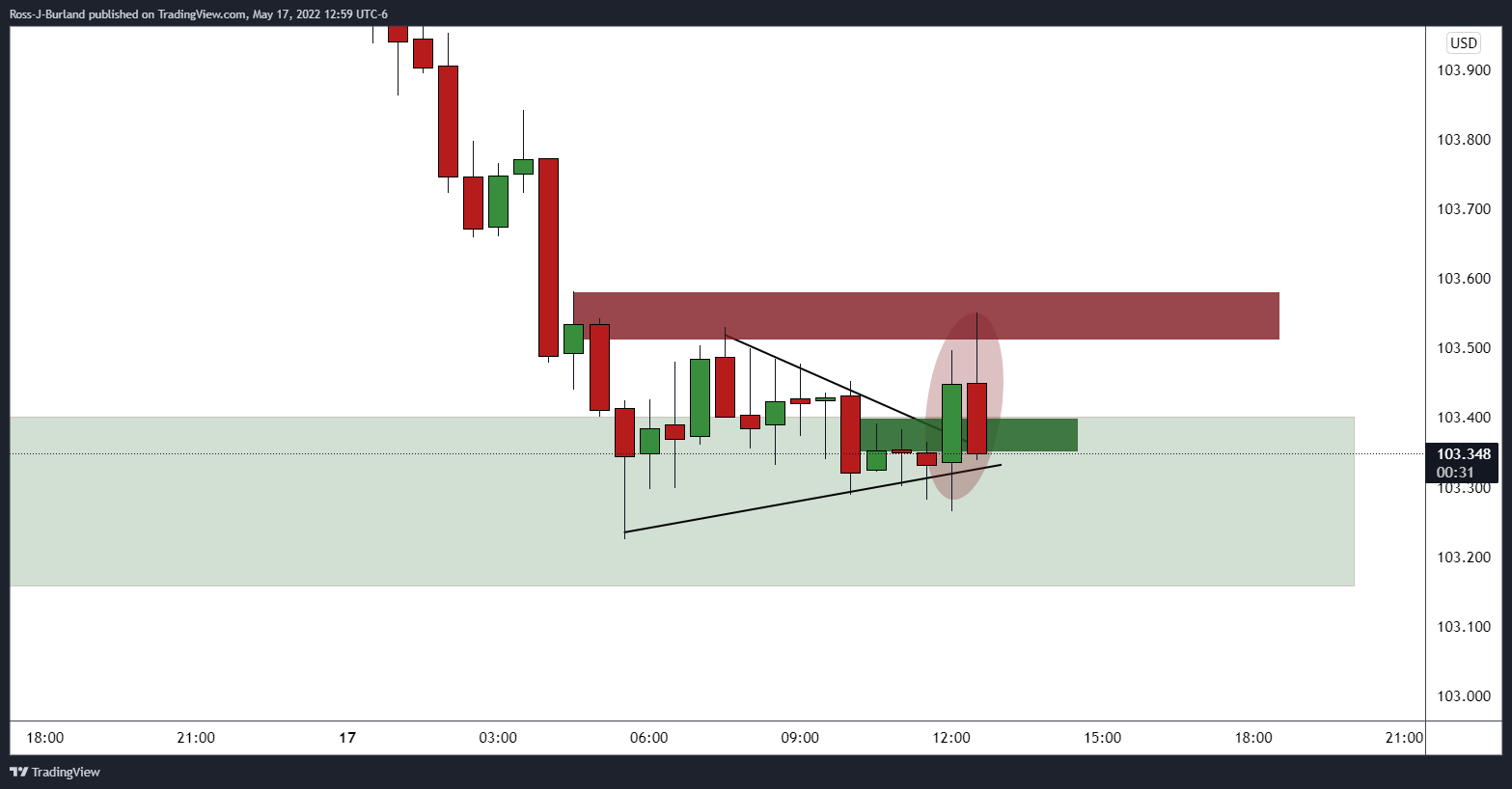