The gold price was changing hands between the bulls and the bears during the Federal Reserve's chairman Jerome Powell's interview with the Wall Street Journal. At the time of writing, as the event concludes, XAU/USD is trading offered as the US dollar picks up a bid. The yellow metal is down some 0.48% at $1,815.50, falling from a high of $1,836.15 on the day printing a low of $1,813.74.

On hawkish rhetoric, the price has rallied out of the containment of the wedge formation as follows: 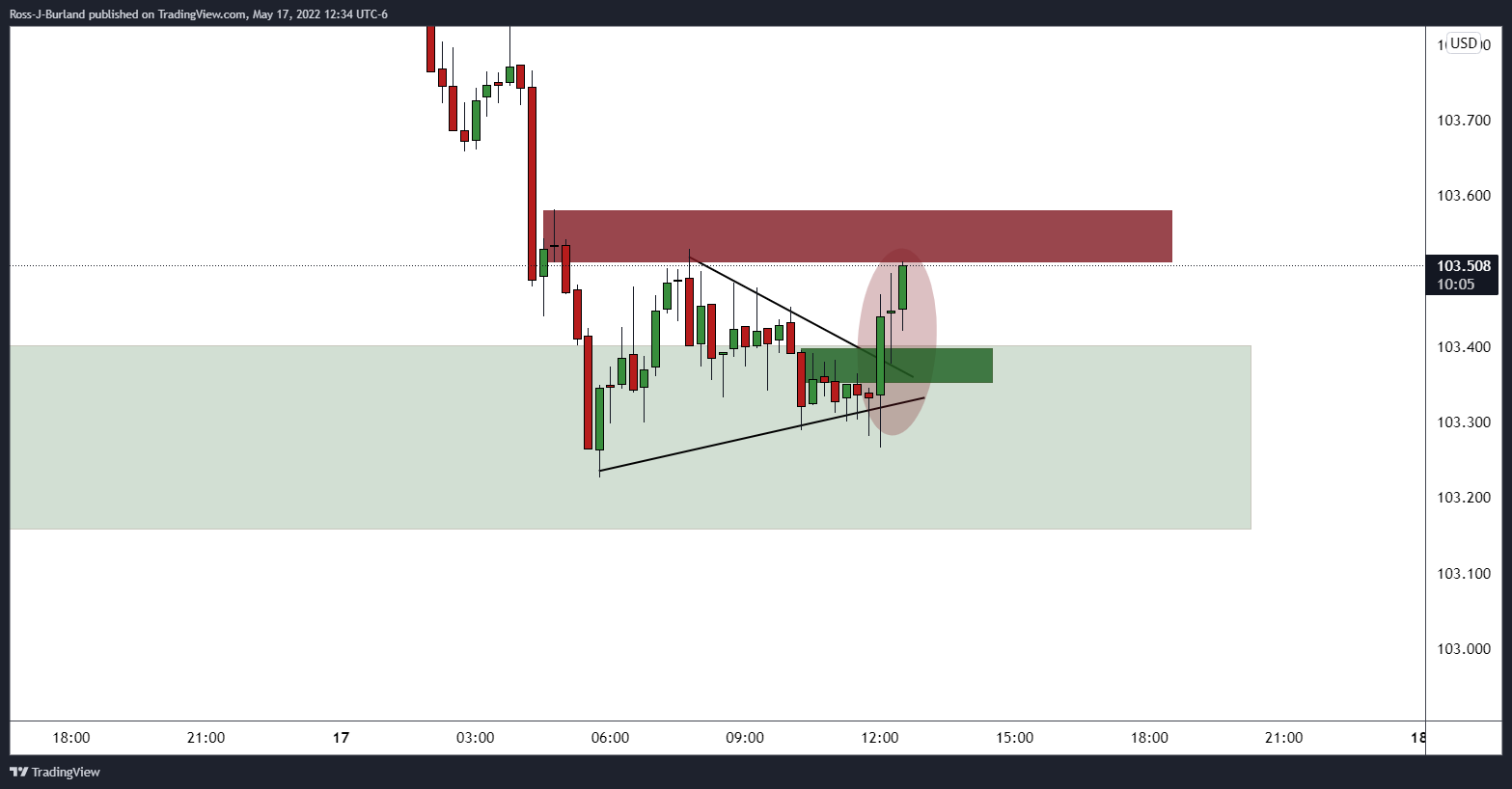 While well off the two-decade high made last week, which was made on the heels of strong inflation data and supported by a hawkish Federal Reserve, as well as worries over the global economic fallout from the Russia-Ukraine conflict, the bulls are stepping in again. As a consequence, the price of gold is suffering.

''With the Fed telegraphing their every move, Fedspeak will be increasingly important this week, particularly as bearish sentiment continues to undermine positioning. In turn, we continue to expect substantial selling flow to weigh on the yellow metal when liquidity is scarce.''

The failure to close above a 61.8% ratio leaves the outlook bearish, in line with the broader bearish trend: 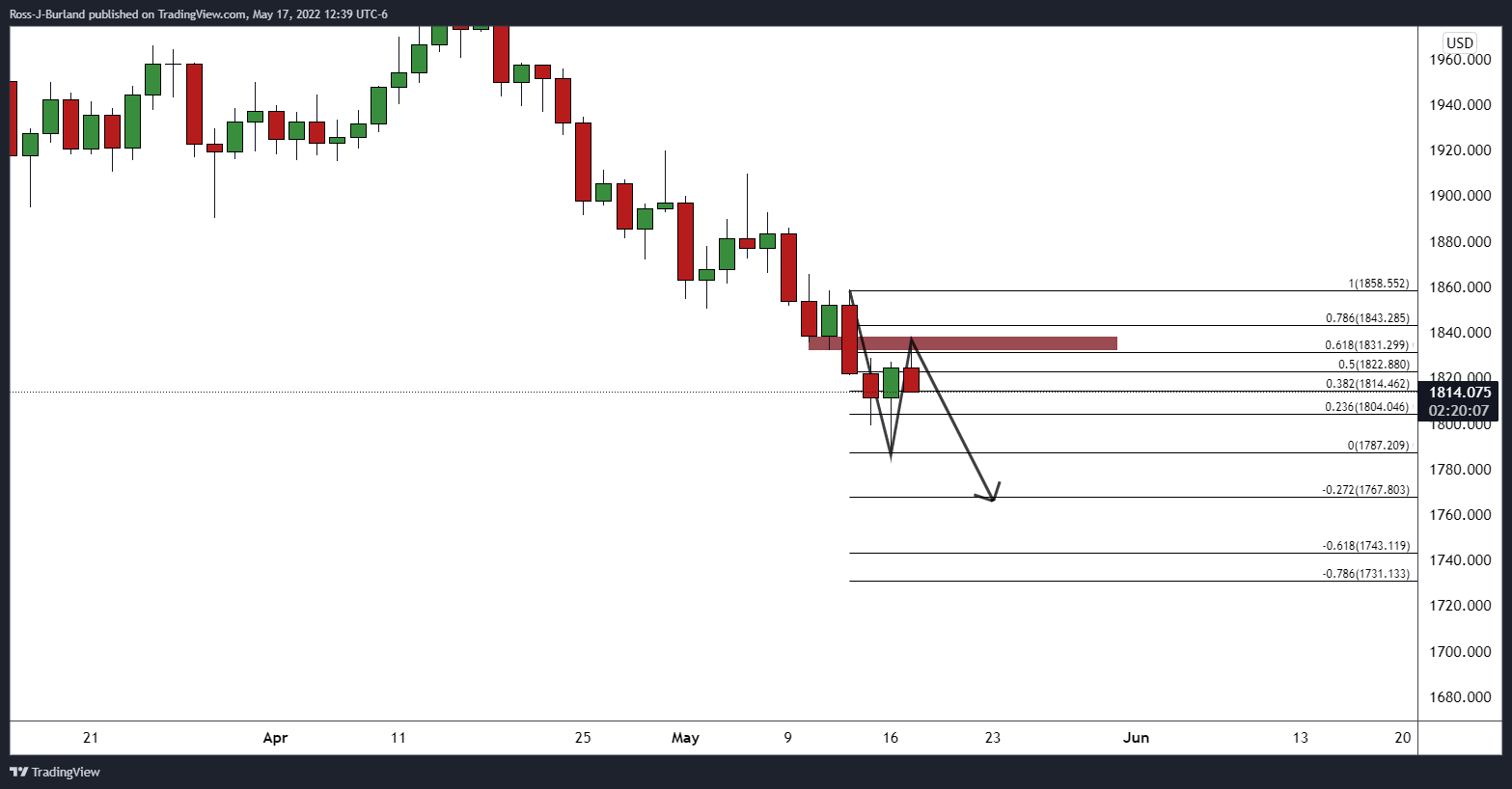